Choosing between traditional or induction cooktops

Cooktops are available in various forms and technology. It becomes a difficult task to choose between traditional cooktops and contemporary induction tops. The contemporary might be easy to use and have many more facilities as compared to the traditional ones. Yet many factors make the traditional stand out.

Some factors that need to be considered before choosing the traditional and induction cooktops are mentioned below: 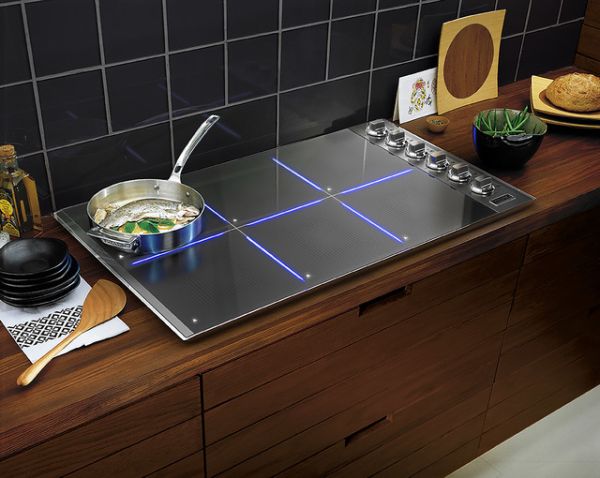 Induction cooktops have the right temperature precision. This is due to the association of the electro-magnetic energy and hence the heating. This makes the cooktops heat at the set accurate temperature. Cooking sauces, pastas, and other temperature based products become easier and simple. However, if cooking doesn’t need the perfect temperature, then traditional cooktops are the best option.

Induction cooking needs ferrous metal based utensils and cookware. The heat created through electro-magnetic field is compatible with such kind material only. Using other utensils can not only damage the utensils but also the cooktops. In order to understand which utensils suit best, use a magnet and see if the utensils attract it or not. Copper, glass or ceramic are not compatible with these induction cooktops. This makes the usage of utensils limited and hence a problem if there is too much of cooking to do and you are falling short of the utensils.

Induction does make the investment more expensive and limits the usage of utensils and cookware, but it helps heating the utensils faster and at the perfectly set temperature. Cooking delicate dishes is easier. You do not have to keep going to the kitchen to check if the product is cooked to the right temperature or is getting over cooked. Once the temperature is set, only the time factor needs to be looked upon.

If it is everyday simple cooking for you, then a traditional cooktop can also be a best option. It involves less investment and little technical know-how. Hence, choosing between an induction cooktop or traditional cooktop is more a matter of choice and taste, depending upon the individual.

Choose the right cooktop for the right usage. Traditional or induction based, both are efficient and the right choice, provided they suit your requirement and budget.

Simple Tips to organize your kitchen

Things to keep in mind when getting...

How to build a ‘Chain Clock’ using...

Great storage solutions for your kitchen

How to install a gas stove safely