Home Off Beat Putting together a French Country Kitchen

Putting together a French Country Kitchen 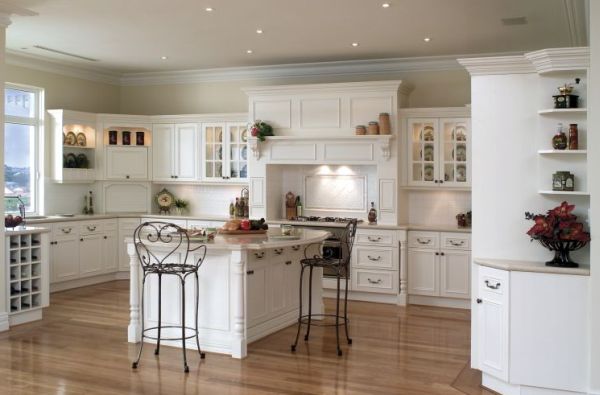 French country kitchen plays a great part in the development of delicious French Cuisine. It symbolizes their aesthetics, art and culture which later appear in their food and its garnishing. Some secrets of French cuisine lie in French kitchen and ingredients apart from their chef’s expertise. French kitchen are very spacious from inside and can fit in any house right from farmhouses to magnificent mansions and chateau’s without much modifications. Most French country kitchens have a chopping table and dining table in its center as a common element of design and structure.

Now with the age of globalization all information is available easily. One does not need to go to the rural France to understand the elements and essence of French architecture to start own French kitchen. French kitchen can be remodeled out of an old kitchen also, without spending much as it requires more of creativity and efforts instead of new furniture and architecture.

French kitchens are known for their light colors and simplicity of design. White plays an important role in french kitchen along with other lighter shades, like cream and light yellow, light brown. Normally too much contrast is avoided in favor of soothing combinations which reflects lot of light as natural light plays a great role in their designing and aesthetics. Now, the cabinets and other furniture in the kitchen should also be painted in glossy similar shades. Just as the French country side has a look and feel of freshness and serenity, the light shades on your furniture and walls will propagate the same. White, ivory, beige in lighter shades are other good options too.

Other great item to make your kitchen look like the French one are the art works! Put up one large or a few smaller pieces of paintings, pictures and other art forms on the walls. The look of farm houses, trees, green grass, provides an airy feel, that’s just the feel you want anyone to get when entering your kitchen.

Wood is the most used material for furniture in the French country side kitchens. Walls have wooden artworks; cabinets and other storage items are all made of wood mostly. Natural wood is the best suitable for these kind of kitchen areas. Cane seating can be arranged with cushions on them with fabrics of the mentioned shades or vivid floral designs or stripes or checkers. 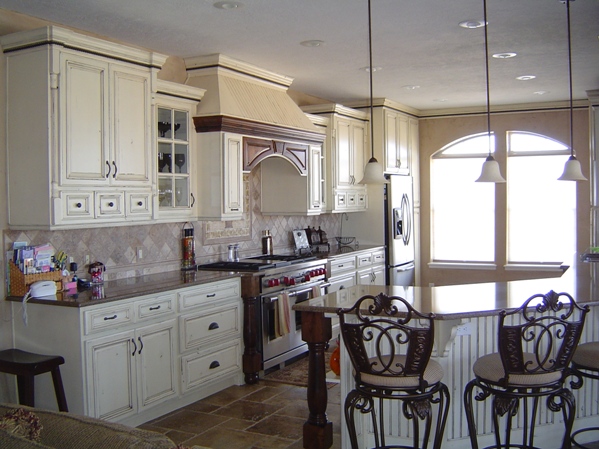 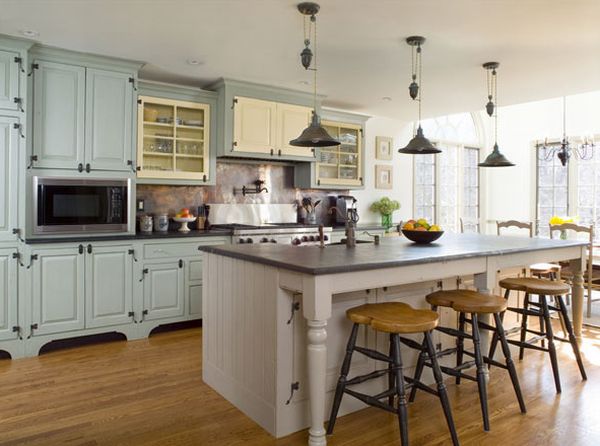 All French countryside kitchens have kitchen herbs growing around. Some popular herbs in French cooking are basil, thyme, rosemary and sage (a Mediterranean herb). Thus, they form the basis of some select French recipes. No wonder, French cuisine is so known to be delicious all over the world. So, it’s always good to have these herbs growing around you. 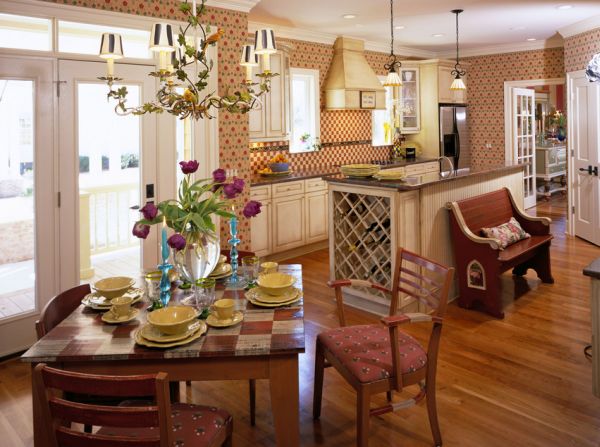 Nothing defines a French kitchen better than the bountiful use of natural light.

4. Natural elements of a French kitchen: 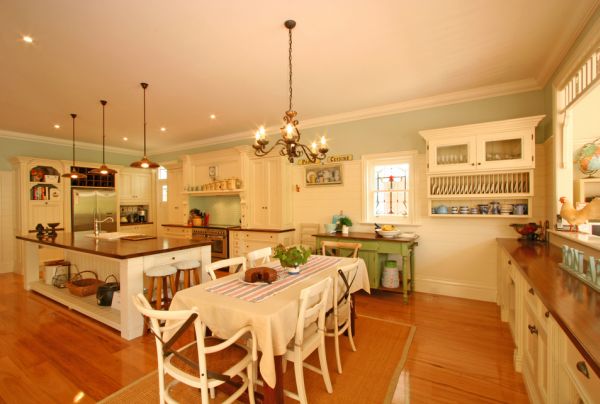