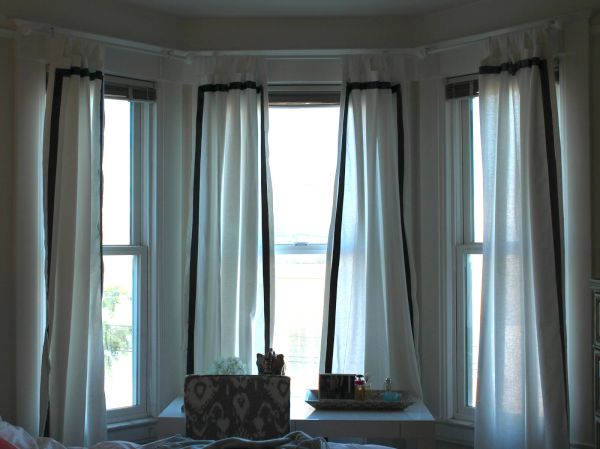 It can be quite hard to decorate a bay window with curtains. Bay windows tend to jut out of the main wall of the building. The result would be a space that looks like a bay (hence the name). As such, finding an appropriate curtain design for these windows can prove to be quite difficult. Not to worry though for here are some excellent tips that would help you choose the right curtain design for the bay windows in your home. 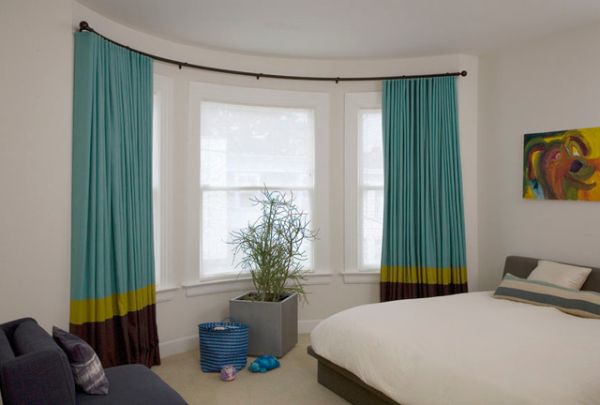 A single, metal curtain rod would not work for a bay window. The trick here is to opt for three different rods for the three angles, and use three separate curtains for the individual spaces. This would help reduce the complexity of having to set up a single curtain rod for the purpose.

Another highlight of this method is that it would look great for floor to ceiling windows, which would require quite a good amount of fabric for the curtain. Having separate curtain rods would also allow you to operate the curtains individually, thus allowing for more elegant setting.

Some of us prefer symmetry in home décor. If you do to, then use four curtain rods for the bay window. Two curtain rods would service the sides while the other two would be in the middle. This arrangement would work great for a large bay window where the space in between can be easily divided into two individual zones that can be operated separately for efficient lighting purpose.

Use a Flexible Curtain Rod

Of course, if you prefer a single curtain rod for the entire window, you can opt for a flexible rod that can be bent at the corners to stretch the entire length of the window frame. A disadvantage of this method is that the technical details of the arrangement (including the nails in the corners and the twisted wires on them to keep the rod from slipping off) would show through.

Use Multiple Curtains for a Single Curtain Rod

If you plan to stick to the single curtain rod idea, consider opting for three to four separate curtains instead of one heavy drape that can weigh the rod down considerably. Separate curtains would help distribute the collective weight across the length of the rod. Plus you have more options on which curtains to open and close for efficient indoor lighting.

Use Roman Shades instead of Curtains 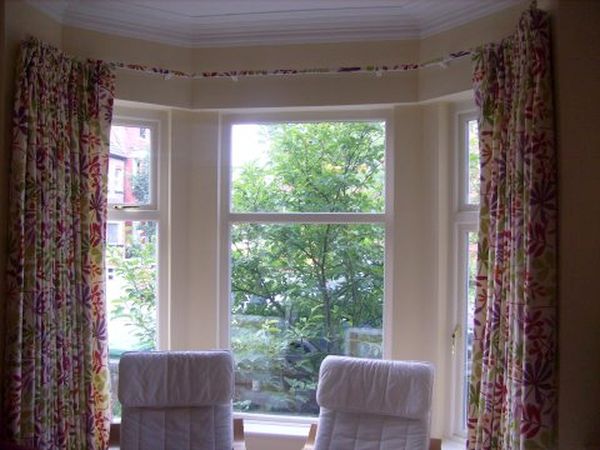 Here is a nifty way to showcase that bay window in your home. Instead of opting for floor length curtains, cover the windows with shades. Shades are not that hard to attach and can easily be fixed to the window frame, thus eliminating the need for a curtain rod altogether. Roman shades also provide a clean and versatile look to the windows, allowing you to control the amount of light that filters in through each window individually. So give them a try.

There is no need to break your head about decorating that bay window in your home with curtains. From using multiple curtain rods and flexible rods to window shades, here are some of the best ways you can use curtains to decorate a bay window with ease.