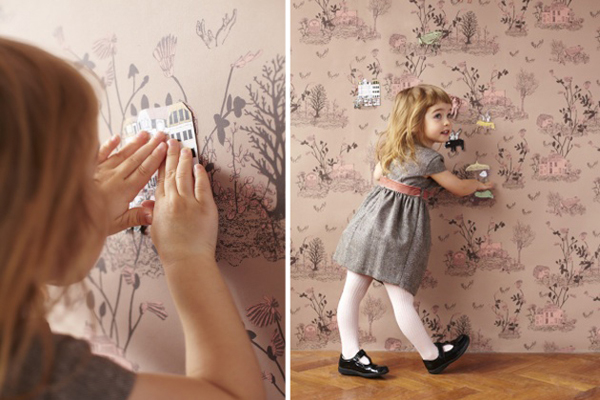 Let’s face it. The creativity, intelligence and learning abilities of modern day children are superior to the children of any generation till now. It therefore becomes important to have an environment which fosters these in the playroom of any home. That is where designer Sian Zeng’s genius steps in. 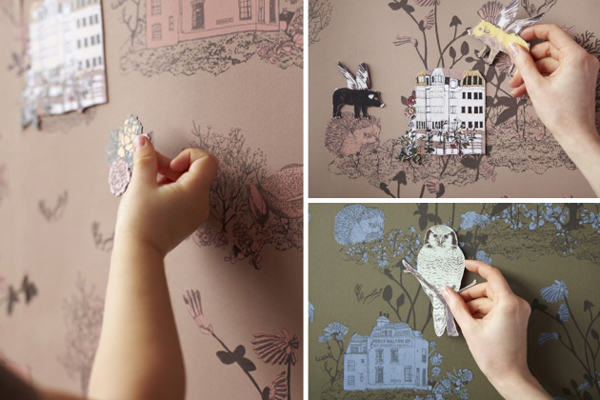 The child in the designer is evident in his creation – the magnetic wallpaper! perfectly designed for a child’s playroom or the kids’ bedroom, this special wallpaper is almost magical in its functions and abilities. Apart from serving as a means to enhance the decor of the space, it also provides a breeding ground for the children’s creativity. The child can draw, paint, connect dots, paste figurines and do hundreds of other crafts activity on it’s own “wall” – that sure looks like something better than Facebook!

The way the wallpaper is fitted is simple. First, a magnetic and receptive liner is glued on to the wall. Once that has dried, the wallpaper is situated on it. The wallpaper comes along with a host of magnetic characters that can be used by the child to create its own magical world in its own unique way. These include animals, birds, buildings and vehicles, to name a few. 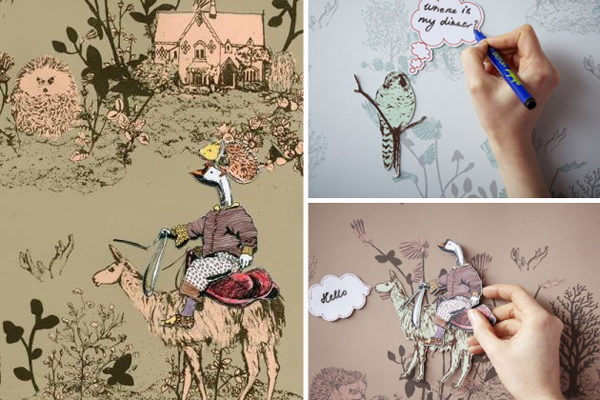 This magnetic wallpaper is proof that creative thinking is the best way to solve problems. Now, instead of scolding a child for writing and drawing on walls, one can admire and appreciate the same.

Choosing the window blinds that are just...

Your crash course for installing an interior...

DIY three in one art desk: Your...

The importance of hiring an interior designer...

Get creative and style your ceiling

Adding the force of ‘black’ to your...