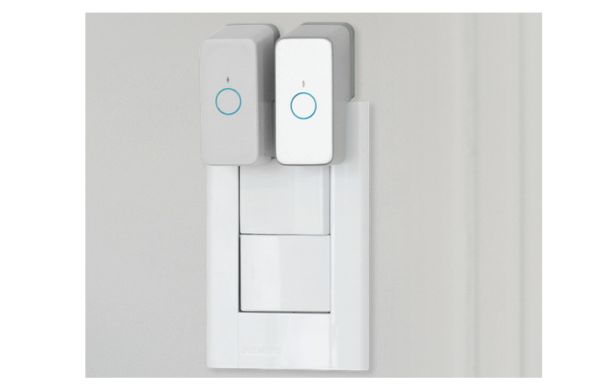 Robotics and Internet are making routine activity less hectic, and automation is everywhere.  It may sound odd to know that now we need devices that will relieve us from pressing and depressing buttons or switches ourselves, on almost every analogue appliance and device available in a house. Microbot Push is one of the initial candidates that offer doing it for us.

The concept is based on the fact that modern civilization, with all its electric and electronic inventions, is surrounded by a web of buttons. Daily, a person flicks so many buttons so many times, like that of light, oven, toaster, TV, coffee maker etc. Buttons and switches are the simplest forms of user interfaces. Obviously, it takes time, no matter how trivial it is.

Modern world strives to save every second it can, so a Korean startup came out with the idea of creating clip like, robotic fingers that can push switches for you to turn on-off devices or anything that requires flicking buttons or switches.

Connected to user’s cell and Internet through a particular application, this wireless robot finger can be pre-programmed to press specific buttons on a chosen device under specified circumstances.  The Microbot Push can detect when the owner is home and switch on lights or coffee maker itself.

This height-adjustable robo fingers is clipped on to devices and programmed to perform a simple press motion when commanded through cellphone or computer. It’s works like a wirelessly connected actuator that press or depress button for you by moving a rubber end piece. The device connects to over Bluetooth or WiFi using a centralized node called ‘Prota Box.

It can also use sensor data to perform specific duties, such switching on coffee pot when sensor detects certain level of sunlight. Through Prota Box, the device can detect location of the owner using GPS tracker. It can turn the geezer on or switch on the lights or press specified buttons when the owner is home.

Microbot Push is designed by a Korean start-up Naran. In November 2015, the company had launched a crowdfunding campaign on Indiegogo with initial funding goal of $50,000 in 31 days. The company easily generated about $60,648.

The device is definitely made for lazy people and it has found buyers in the modern market. A Microbot Push with Prota Box can be owned for a price of $277.

7 Home improvement projects that can increase...

Your crash course for installing an interior...

Get the satisfaction of work and appearance...

How to create your own magnifying webcam...

Elements and accessories that bring a timeless...

Put on your creative hat and start...