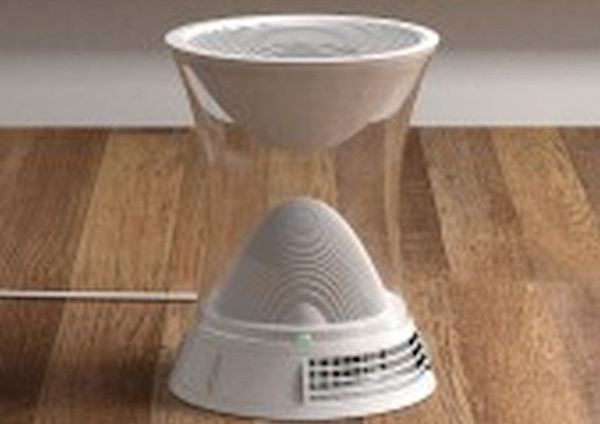 The winner of the A’Design award, the Air Clarity is an air purifier that would be perfect for any indoor ambience. The gadget is small and portable, as it can be easily shifted between home and office.

The inspiration behind the gadget is the ‘design visibility’. The designer wished the users to be able to see the gadget at work. There are two chief reasons behind it, first and foremost is that the users will be convinced, the gadget works as described. Secondly, they would be able to see and know that the filter needs replacement. The timely replacement of the air filter will ensure cleaner air in the surroundings.

The gadget is probably smaller than expected, which is a genuine advantage that makes the product easy to carry.The base of the gadget is die-casted with an aluminum alloy. The lid of the purifier is made from Taulman 618, which is a nylon co-polymer used for 3D printing. Clear tempered glass is used as a cover of the air purifier. The height of the purifier is 300 mm and the depth is 230mm.

The working of Air Clarity is simple but efficient. The air enters the filter or rather id sucked in from the top. The lid of the gadget has a number of slits to allow the air in. The air circulates inside two filters for purification. Once the air passes through the first filter the visible dust is retained inside the chamber. The air then enters the HEPA filter, where it is purified further and finally it is released back in the room.

The designer of the Air Clarity filter, Chang-Yu Pan set a challenge for himself while designing the air purifier. He was keen on showing the users of the filter that it actually worked. The air that we underestimate as pure is filled with a considerable amount of dust. A bigger challenge was to collect the dust without making the gadget look dirty. They designed the gadget in such a way that the dust collected could be seen only at a certain angle.

The Taiwan based designed of Air Clarity, Chang- Yu Pan has won many design awards in his lifetime. He is associated with the National Cheng Kung University in Taiwan. While designing he keeps in mind the aesthetic appeal of the object along with the functionality.

Transform your workout experience with these smart...

Innovate with décor by using old and...

Where can I get car accessories in...

Put a decorative touch on the non-working...

5 Things the Future of Home Automation...

Ways and ideas for cleaning your house...

Décor tips for people who are always...