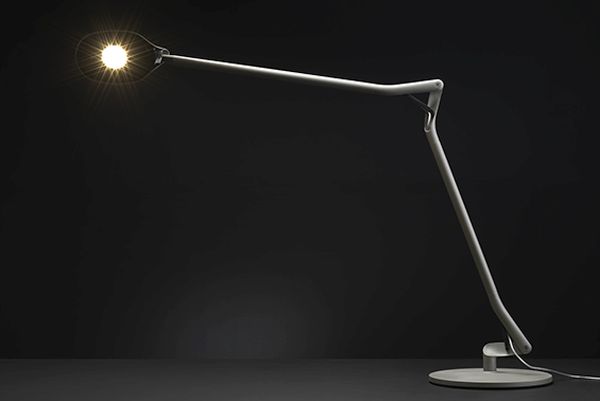 Designed by Parisian designer Patrick Jouin, the ATO Desk Lamp is an extraordinary attempt at creation which attempts to emulate the joints of the human body and their fluid movements. Designed for KOS Lighting, the ATO Desk Lamp is inspired by the simplicity of an external design that is complemented by an equally complex internal mechanism. 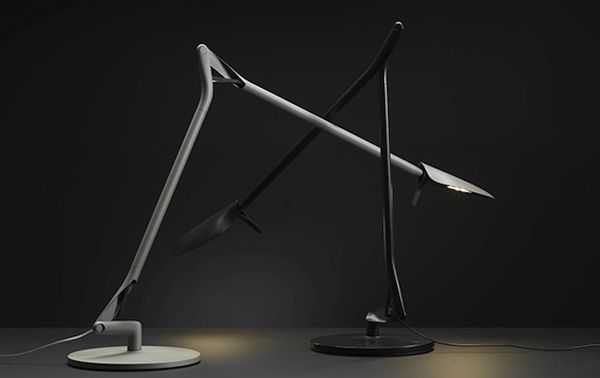 As simple as the ATO Desk Lamp may look, it is actually a very technical tool inside. The lamp follows a biomorphic design that is inspired by the human body, its joints and their mechanisms. The lamp’s internal design is apparently inspired by the nerves and tendons involved in these mechanisms as well.

While a sturdy base allows the lamp to sit firmly on the ground or any flat surface, the rest of the body can fold with amazing organic fluidity, with the junction points fitting together naturally and seamlessly, just like the hinges that operate doors or connect linked objects.

The flexibility of the lamp displays a sharp contrast to the sharpness of its external design. The lamp features two lamp arms of the same shape that protrude out in an obscure angle from the base. Made of aluminum, the design follows maximum optimization principles by allowing the lamp to move 360 degrees on it base as well as its head to move in all directions in a frictionless manner.

Other Salient Features of the ATO Desk Lamp

Another remarkable feature of the ATO Desk Lamp is its ability to emit less heat, thanks to the unique shape of the lamp itself as well as the material used to create it. The use of aluminum in the lamp helps absorb the heat emitted by the light. This allows the ATO Desk Lamp to stand out when compared to other radiators LED lamps that emit a large amount of heat.

Kos is a world renowned lighting company that specializes in creating and producing luminaries used prominently in home, office and hospitality environments. Patrick Jouin on his part, is a world renowned designer who combines creativity and real life inspirations to create wondrous luminaries that manage to grab everyone’s attention wherever they are placed.

The ATO Desk Lamp in particular, is one of Jouin’s most versatile works and has been nominated for the Muuz International Awards this year.

ATO Desk Lamp is a unique lamp design by Patrick Jouin which comes with a simple design powered by a complex mechanism inspired by the human body. Designed for KOS lighting, the desk lamp is a one of a kind design that can turn 360 degrees and has a head capable of moving in all directions.