The home of the future has always been speculated upon. Would it be as futuristic as we see in the movies? We’ve seen actors talking to the AI in their homes and get things done, such as the coffee being made and then being served by a robot, making calls and securing their home. Now, with voice activated devices such as Alexa and Siri, you can have an inkling of what future smart homes would be like. There are some devices already in the market with the technology and AI which would allow to anticipate the user’s preferences, choices and needs. 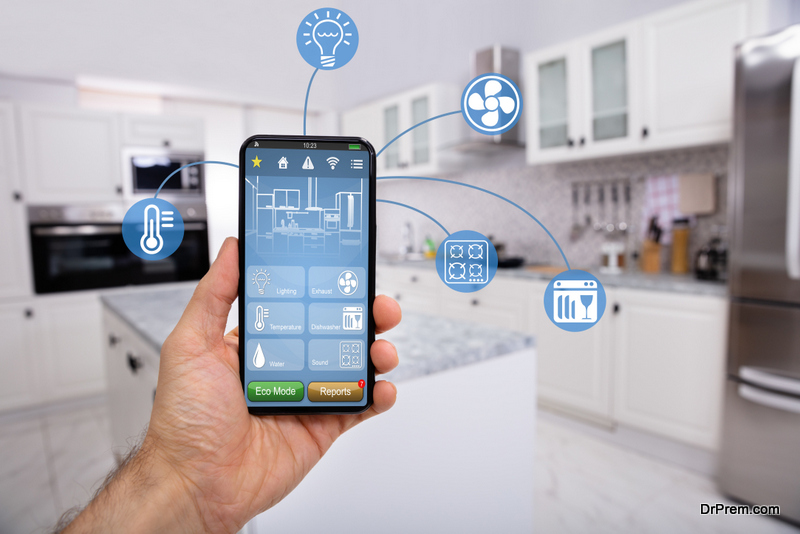 We are getting a glimpse of what smart homes would look like in the future. Right now, there are cutting edge technologies using AI which would change the way we use our appliances, and the way they are helpful to us. Self-learning devices will be able to learn your likes and dislikes and set themselves according to your personal taste, and you would have a smooth life beyond belief.

Imagine the shower setting the temperature to the one you like, your alarm clock waking you up earlier because you have an important early morning meeting, and other appliances anticipating all your needs. Your IoT enabled gadgets will ‘talk’ to each other. Be prepared to spend some serious money, but as smart gadgets will have a hefty price tag attached to them.

Take a look at some of the smart home gadgets of future as well as technologies: 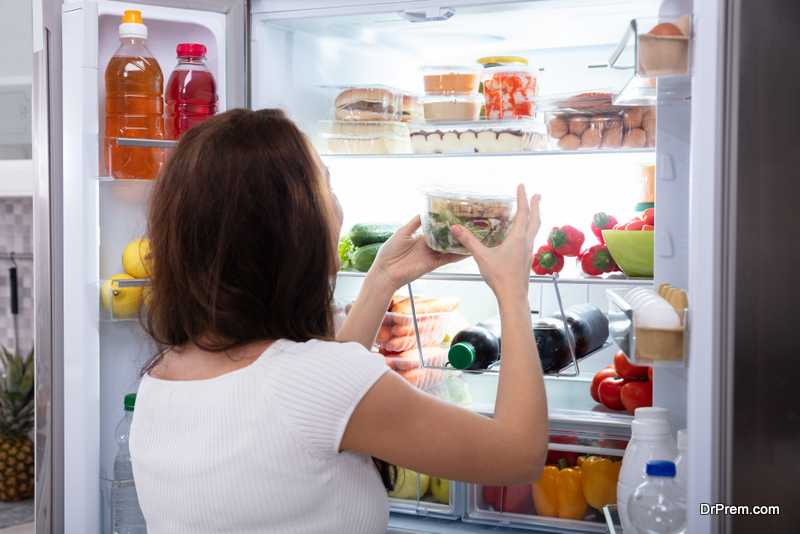 In the future, there would be devices/gadgets that will let you know if you are going over the monthly energy/power budget. A company Powerhouse Dynamics has come up with a Total Home Energy Management Program, which not only tracks energy consumption, the cost of the energy consumed and also the carbon footprint of the home per minute. The system can analyze the appliances as well as equipment being used and tell the owners when they have to upgrade to appliances which are more energy efficient.

The system is modified from time to time to add more functionality which would be more useful. A power tracking system would be a feature in all homes of the future, as people try to control their energy consumption as well as carbon footprint. 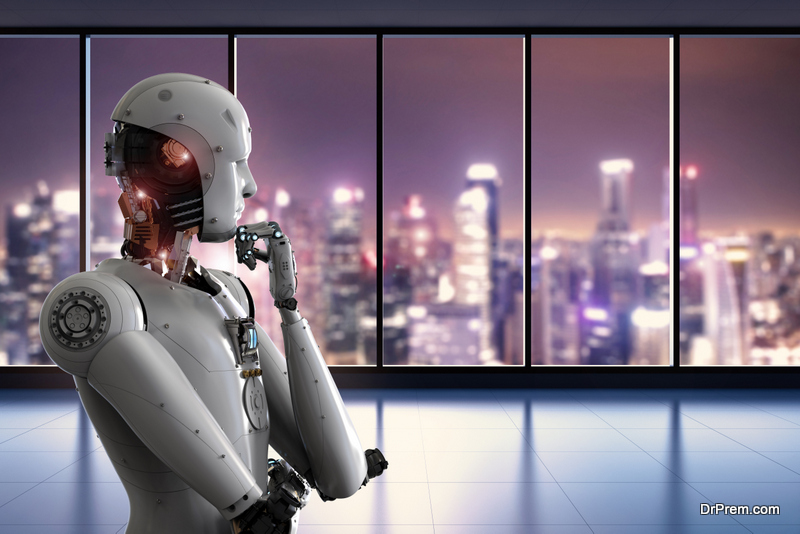 It’s hard to imagine that the fantastic futuristic technology we used to see in science fiction movies could actually exist. You’d be surprised to know that the day is not far when all the things we saw will be available for all. For example, humanoid robots would be our helpers, which would have the run of the house.

One of the smart home gadgets of future, robots are already being used in many homes today. Home cleaning robots such as Neato and iRobot etc can clean home floors automatically without any human intervention.

German scientists have unveiled a robot which does much more than cleaning floors. It has three fingers and one arm, with which it can pick up objects, tidy the home, operate appliances and serve drinks too. A sensor embedded in it prevents it from clamping on a human arm. Additionally, it is controlled by an embedded touchscreen as well as voice commands. This is one in a long line of robots which would soon be part of futuristic smart homes. 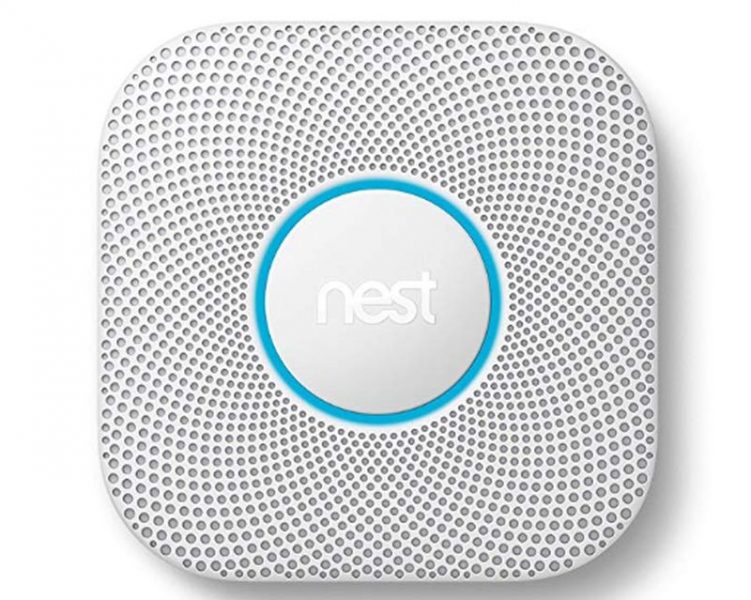 Lighting technology is already quite advanced. Soon, the light switch will be obsolete as everyone will be turning the lights off and on from remotes or smartphones. They could be programmed to sense presence in the room and switch on and off automatically. Lights such as these are available already. Touchscreen switches would be common. Thermostats like Nest can turn on the lights as well as cool or heat the house.

TVs seem to get bigger and bigger with higher resolutions. One of the upcoming smart home devices is Samsung’s gigantic microled ‘The Wall’ television. The unique modular display can be adjusted to any size you want. The whopping 146 inch TV is obviously quite expensive, but as the competition increases, the prices are bound to become more affordable.

Entertainment will be centralized 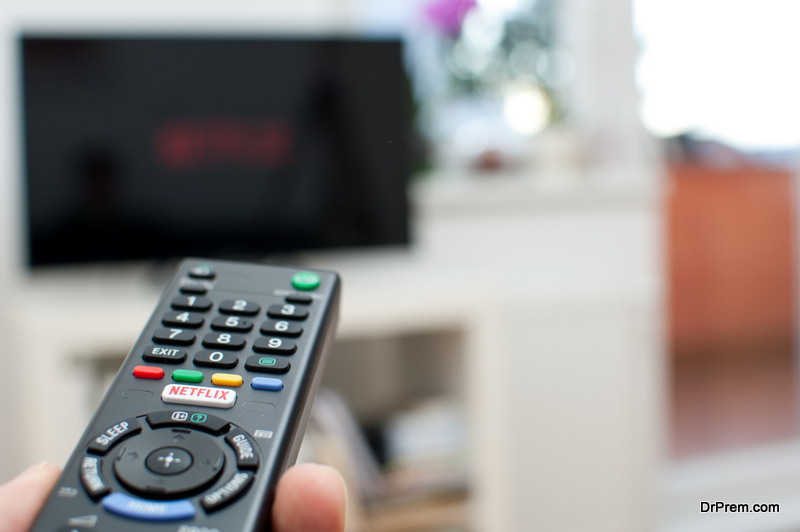 Cable TV will be a thing of the past, as more and people get on board for streaming services which give them much more flexibility and choice to watch what they want. We are already part of the streaming revolution. The future lies in centralized entertainment, where systems such as Netflix, Hulu and YouTube can give viewers a varied content they can watch according to their choice, and comparatively much cheaply. There would be localized Ethernet home networks rather than cable networks. 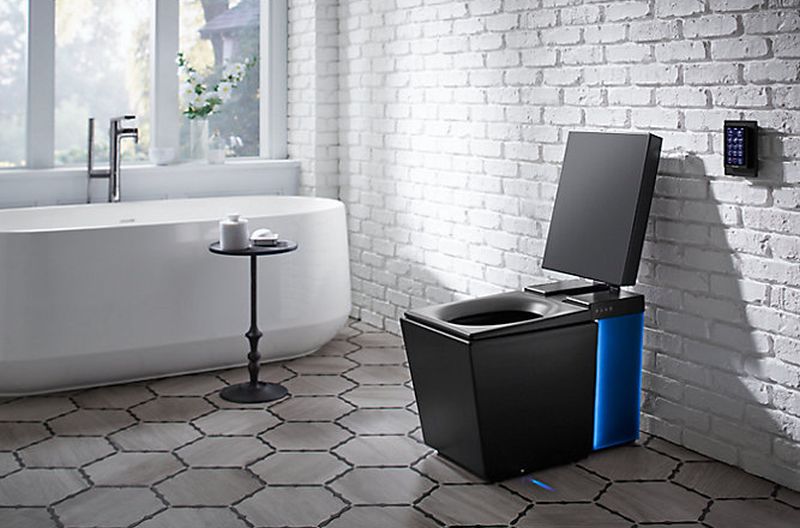 Of all things in the home, your ‘throne’ may be one of the most important to you and your family, health-wise. Toilets are being developed in Japan and elsewhere, which would perform urinanalysis, after people pass urine, inform whether their blood sugar level is low or high, or even if they are at risk for diabetes.

Toilets of the future would let women know whether they are pregnant,  by analyzing their urine. No more rushing to the lab for tests or buying kits to know if you’re pregnant, or have diabetes. And they would be able to tell if anyone is suffering from colon cancer from their stool.  These features are pretty advanced, but right now, features such as heated seats, automatic flushing system and automated deodorizers are available. These would probably be standard in the upcoming smart home devices such as smart toilets.

Numi is a toilet seat from Kohler, with the latest smart tech. It has integrated foot warmers, heated seat, air dryer, bidet, deodorizer and a touchscreen panel (illuminated), with MP3 music playback option, making it easy while you do your stuff in the loo!

Remote controls would be one step further

There are voice activated remotes already. Many gadgets as well other tech rely on voice commands, but it’s not helpful while watching the favorite movies or shows, that you have to speak in between the program.

The next level of remote control tech is going to be beyond voice commands and smartphone controls. You’d be able to control gadgets and devices with just a gesture of your hands, just as you saw in all those science fiction movies. You might have to wear a device which could be a piece of jewelry such as the Titanium Falcon’s Talon Smart Ring.

Health applications in appliances and gadgets 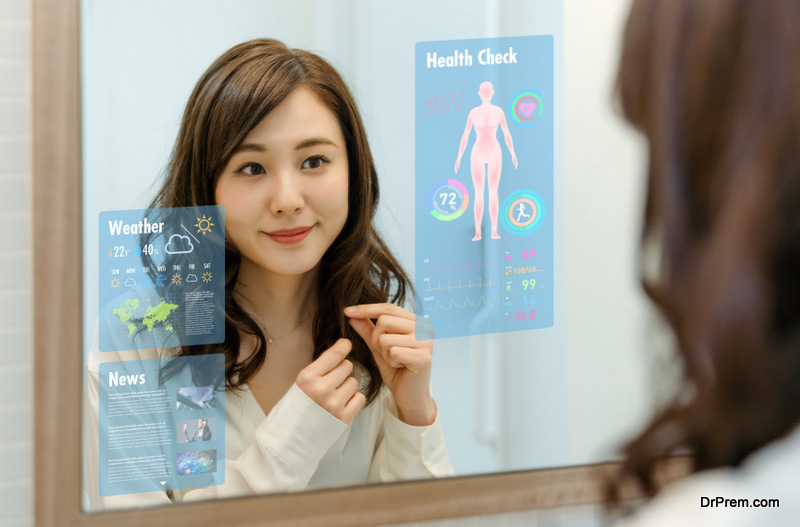 Almost all appliances and gadgets will be much more than storage such as refrigerators. Your fridge of the future would suggest nutritious alternatives if it observes you (via sensors and cameras) reaching for the sugary drinks too much! This additional prodding from a gadget will help people to stay on top of their diets and hopefully, avoid junk food.

We have already seen how smart toilets would have the tech to analyze urine and stool and indicate any problems in health.

There would be medicine cabinets which would remind people to take their medicines and alert them if they have not. Mirrors would do much more than reflect your image – they might be able to analyze your skin health, and other health problems which reflect on the skin.

Residential buildings will have their own kind of health applications – sensors would alert owners about issues such as water damage, rodent or pest infestation and so on. This would be of immense help, as homeowners would be able to act on the information and take necessary steps to correct the problem before it became a full-blown issue, which would be very expensive to resolve. 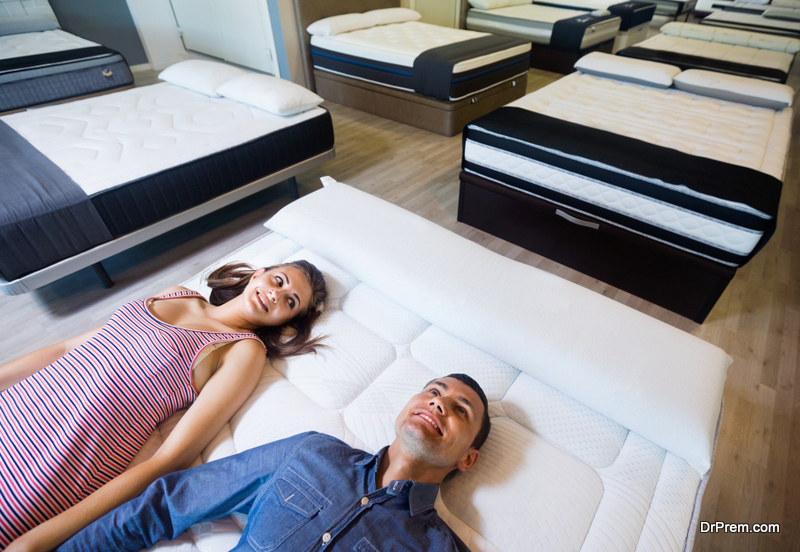 Mattresses too are on the way of becoming smart. Companies are manufacturing smart mattresses which would allow the users perfect sleep at night. The mattresses are able to ‘learn’ the user’s sleeping habits and adjusts to provide the best quality sleep.  Some of these smart mattresses would be a boon for snorers as they can adjust to prevent snoring events. Pillows too would be Wi-Fi connected. Research on smart homes and smart gadgets is leading to mattresses which could be great for people with backaches and so on. 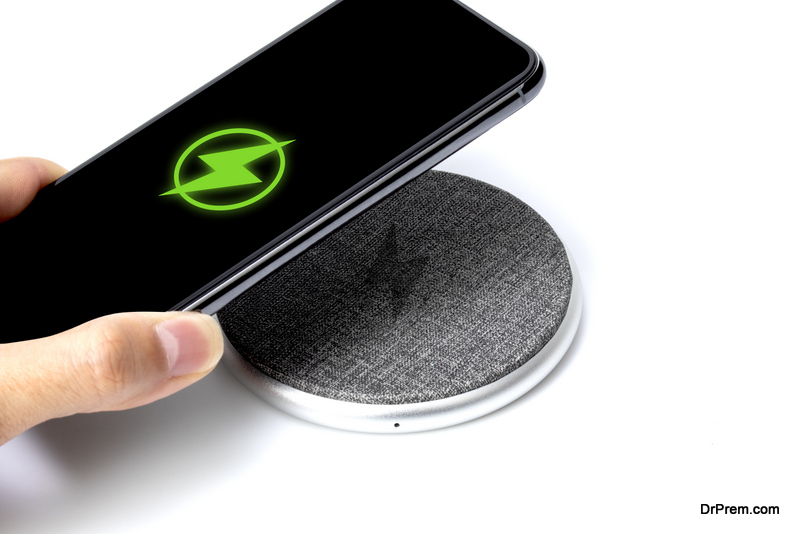 Smart security will be the norm 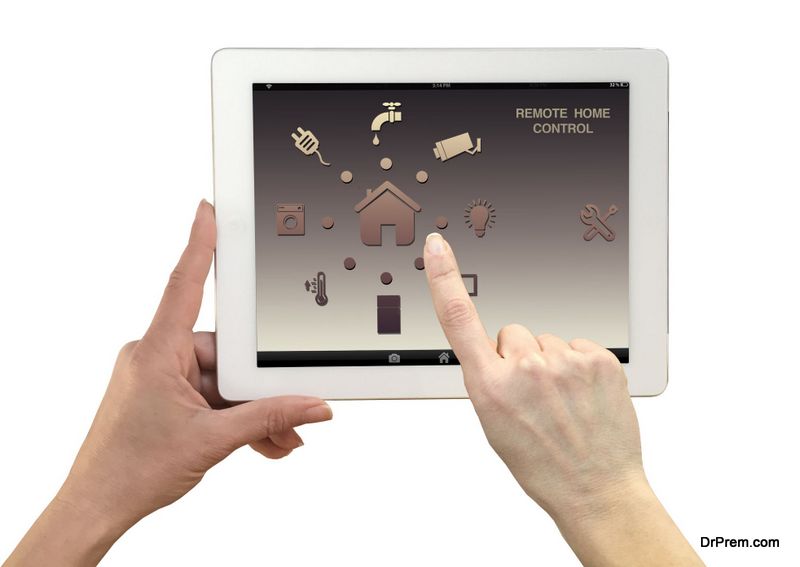 As the devices and gadgets in the home become connected, the need for security is deepened. All our devices would ‘learn’ our habits, likes and dislikes and have access to our personal data. This huge databank would be a treasure for hackers. Cyber security will be vital and there might be many levels of encryptions in devices to protect data. From coffeemakers, robots, home hubs and doorbells, everything will be secure code protected or else just one massive breach could spell the death of IoT. 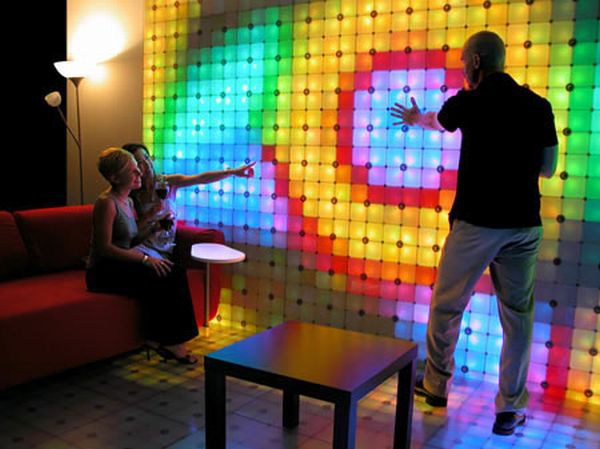 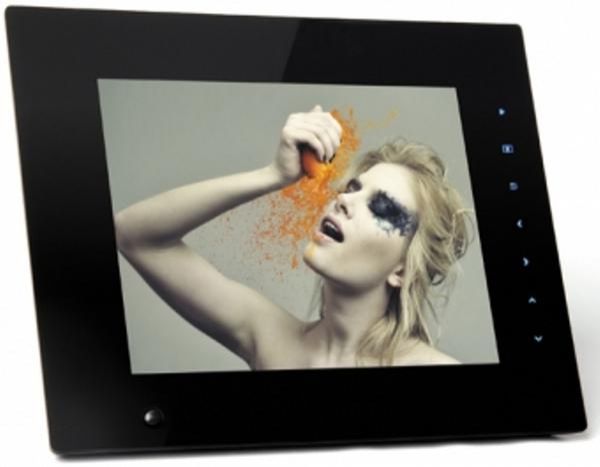